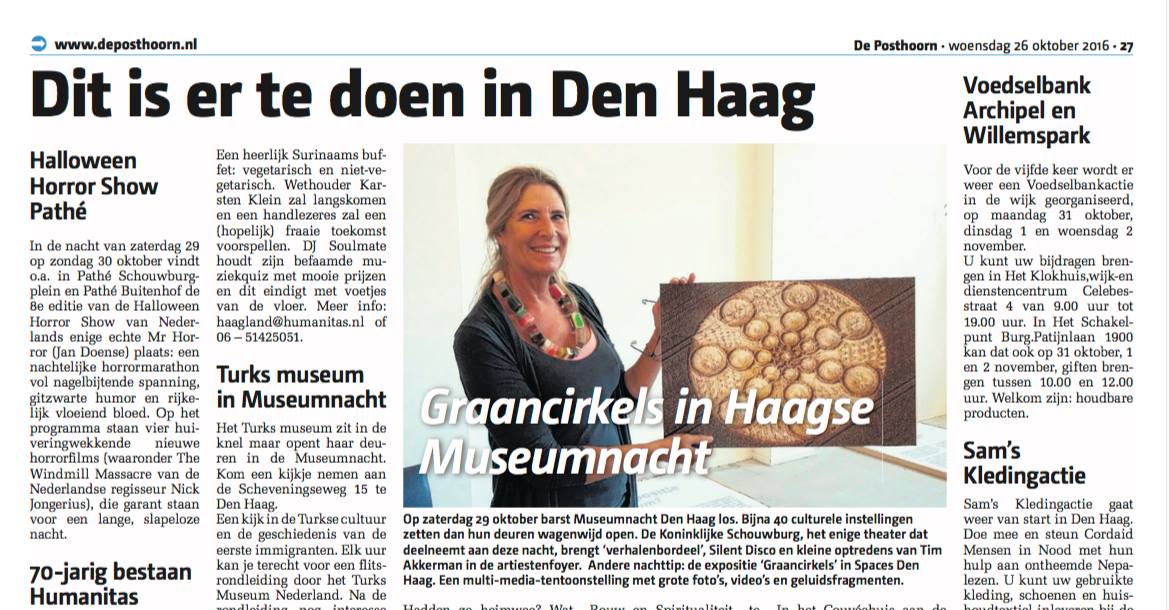 He explains why many crop circles are being cut out by farmers immediately after they appear. This decision and action was taken by local farmers in the summer of 2012. A lot of visitors from all over the world are disappointed by these reactions from the farmers. In this video you will get a short insight about why the farmers decided to act like they do.

This video also includes an explanation by Monique Klinkenbergh of why she became involved in trying to save the crop circles from this fate and also setting the record straight about gossip and misconceptions surrounding the Access pass initiative run by the Crop Circle Information Co-ordination Centre at the Woodborough Garden Centre in Wiltshire.

Crop Circles and the initiative of Monique Klinkenbergh to compensate farmers for their losses featured on EuroBlick, a program on Bavarian television broadcast each Sunday from 17.30 to 18.00 (18.30 UK time). They report about current events happening across Europe.

By The Telegraph
Wednesday, 19 June 2013
By Edward Malnick

Farmers are to make a profit from people venturing on to their land to look at crop circles. More…

For decades there has been conflict in the fields of Wiltshire – between the farmers and the steady stream of crop circle devotees. More…

We are happy to inform you that a new venue for the Crop Circle Centre has been finalized. It is to be located at The Woodborough Garden Centre near Pewsey and will be operational on the ground and trough the internet from 15th June 2013.

How, where and why do crop circles appear?

Can I visit circle a circle?
And if so, is there a code of conduct to follow?

We help to answer these questions.